You are here: Home / Archives for Nintendo

For the love of a little boy comes a game after his own hear. Miles loves Chima, Miles loves LEGO. Miles’ life has been turned upside-down actually by Chima. He’s collecting the cards and building and having a great time playing with them. SO of course, the video game is lots of fun for him too. It’s the perfect gift for a little boy.

Get ready for an epic adventure as Laval races to unlock the secret of the legendary triple-Chi armor before Cragger can manipulate its awesome power to threaten the balance of Chima itself! Laval and his allies will explore Lion Temple, Eagle Spire, Gorilla Forrest, Rhino Quary, Croc Swamp and more as they harness the power of Chi to leap, swing, fly and fight through 15 levels of intense action! Can Laval discover the truth behind the legend of the triple-Chi before it’s too late?

Rated E10+ (appropriate for ages10 and older), Laval’s Journey takes players on an adventure through the world of CHIMA, where Lion Tribe prince, Laval and his armies fights for justice. On this epic journey, Laval races to unlock the secret of the legendary triple-CHI armor before his arch-rival, Crocodile King, Cragger, can manipulate its power to threaten the balance of CHIMA! Players can explore vast lands and unlock more than 60 characters, collecting and using a variety of tools, all to help reach and unlock secret parts of the game.

Zoe is addicted to our new LEGO Friends Nintendo 3DS video game. She loves playing it and gets so upset when her brother logs onto her game and plays it. They both have their own profile and I think he was actually playing her profile last weekend when he was waiting on a class he was taking to start. And well, she was quite upset.

Welcome to beautiful Heartlake City where summer fun awaits. Meet your new LEGO Friends and join them on exciting adventures that build friendships with the girls and allow you to express your individual style and personality as you explore the city. Shop for the latest outfits and accessories, select the perfect hairstyle, decorate your bedroom and even pick out a pet. Choose how to spend your summer vacation; whether you’d rather attend horse riding camp, perfect a dance routine, or care for an animal at the rescue center, you can do these things and more as you express your creativity, and build fun memories with your five new friends.

Rise of the Guardians: The Video Game

Let your imagination soar in Rise of the Guardians: The Video Game as you play as one of the classic childhood legends, including: North (aka Santa Claus), Tooth (aka the Tooth Fairy), Bunnymund (aka the Easter Bunny), Sandman, and Jack Frost. In this action-packed adventure game, each Guardian has their own set of upgradable and extraordinary abilities that will help you take on the evil spirit "Pitch" and his infectious nightmares.

Along the way, you’ll unlock new powers and spellbinding special moves that will increase your character’s strength and skills throughout the game, plus you can unleash cool team attacks with your fellow heroes. Work together with your team of Guardians to protect the hopes and imaginations of children all over the world! 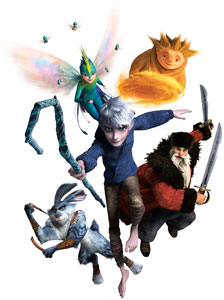 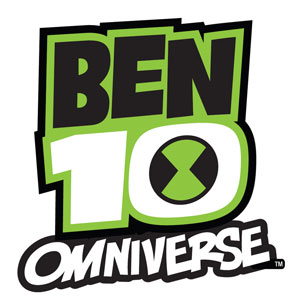 Ben 10 Omniverse is based on the brand new series from the world renowned Ben 10 franchise! Players will experience the exciting Omniverse world in a new action game, where Ben discovers that untold events from the past are affecting the present. Play as both Teen Ben and Young Ben and work with your new partner Rook to defeat the evil plans of Malware, in an epic storyline that spans two time periods! Dial up 13 playable alien heroes including new aliens like Gravattack and Shocksquatch, and fight in 7 action-packed levels throughout the subterranean alien city of Undertown and other show-inspired locales. 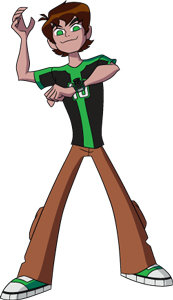 When a modification for Ben’s Omnitrix goes haywire, his new partner, Rook, gets sent back in time, meeting Ben from when he was 10. Rook and Young Ben get into a scuffle with the villain Malware who absorbs Rook’s Proto-Tool for new powers, leading to a terrifying alternate future. Play as both Teen Ben and Young Ben and work with your new partner Rook to solve crime, fix both the past and present, and defeat the evil plans of Malware, intent on destroying the world! 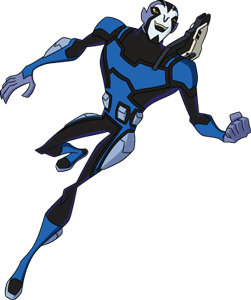 Disclaimer: Compensation was provided by Amwell via Momtrends. The opinions … END_OF_DOCUMENT_TOKEN_TO_BE_REPLACED

Thank you to our partners who have sponsored our 2020 Tech The Halls Gift Guide! … END_OF_DOCUMENT_TOKEN_TO_BE_REPLACED

Thank you to our partner EaseUS for sponsoring this post! Now that so much of … END_OF_DOCUMENT_TOKEN_TO_BE_REPLACED

Thank you to our partner Skoove for sponsoring this post! My husband is a … END_OF_DOCUMENT_TOKEN_TO_BE_REPLACED

This is a sponsored guest post. As moms, for sure, many of you can relate to … END_OF_DOCUMENT_TOKEN_TO_BE_REPLACED

Thanks to VIZIO for providing their M-Series 65” SmartCast TV for review! Our … END_OF_DOCUMENT_TOKEN_TO_BE_REPLACED

Product sample provided. This is a guest post by Natasha Hendrix, Customer … END_OF_DOCUMENT_TOKEN_TO_BE_REPLACED

This is a sponsored guest post. As we move into a more digital age, we find … END_OF_DOCUMENT_TOKEN_TO_BE_REPLACED