You are here: Home / Archives for amazon

This is a sponsored post with Amazon in partnership with World Book Day and the Global Free Library.

Last week my family had the opportunity to visit the Global Free Library that Amazon put on in Seattle. Seattle was just one of the locations that was giving away free books in honor of World Book Day.

They had a great sitting area

I really feel that Literacy is something that needs to be promoted all over the world and was so happy to partner with Amazon in this way. Plus, it got my husband out of the house and he talked about the event for days!

So thank you Amazon for putting on such a fantastic event. Here is a look at the event through the pictures that my family took while they were there.

Each of my children carefully selected books that they would enjoy.

Today is #worldbookday what are you reading? #marvel #gotgvol2event #guardiansofthegalaxy2

They had fun snacks

They had some face paint

We really do love to read in our house. We all read every night while we are relaxing before bed.

Although I knew who Devin Thorpe was, before reading this book, I had no idea what Crowdfunding was. This book explains it and how to use it to do good in our needy World. Check out my thoughts on it plus enter the giveaway below to win a FANTASTIC prize!

Crowdfunding for Social Good, Financing Your Mark on the World

About Crowdfunding For Social Good:

“Over the last year of writing my Forbes blog, I have had the opportunity to really dig deeply into the world of crowdfunding. I’ve just completed my first draft of my new book, Crowdfunding for Social Good: Financing Your Mark on the World.”  – Devin Thorpe

The book is a guide to successful crowdfunding for people who want to change the world.

The book is not a sequel to my book, Your Mark On The World, but it is written in the same spirit. I’ve studied a dozens of successful crowdfunding campaigns, interviewing the people behind them to learn their secrets for success.

Devin’s Book, Your Mark on the World, was downloaded over 75,000 times and reached the #19 spot on Amazon’s free book list–among all free books. It remains on the top 50 free nonfiction books at Amazon.

My Thoughts on CROWDFUNDING FOR SOCIAL GOOD?

Well for starters, not being an economic whiz kid, I had to find out what Crowdfunding was.  In short, it is a currently favored manner to raise capital in tiny amounts from a very large group of individuals via social media and the Internet.  I recently saw this in action via another book and the author’s use of the site Indiegogo.  Pretty ingenious, if I do say so myself.  It is a method that appeals to me.  I am a pretty frugal soul so I would not normally just give my funds to a stranger without a pretty good reason but participating in Crowdfunding?  Yes, I would.

So how does Devin’s book bring it all back around to doing things for the social good, i.e humanitarian efforts?  Well, he goes into what steps to take to make doing something for others just because you can and they have need easy.  He gives specific examples of how to make good use of all of  our amazing Social Media resources and make your dream to do good come alive.

I have read Devin’s books before and have to admit that while I normally could not care less about a financial book and therefore would not normally even pick one up, his manner of presenting information is clear, interesting and easy for even the lay-person to understand.  This book really hit home with me, especially after my trip to China to adopt my daughter.  I believe in the Starfish Story…while maybe I cannot make a difference for everyone, I can make a difference to the ‘one’ .  This book shows me how to make that possible.

Devin D. Thorpe thinks he is the luckiest person alive. After being “let go” from the best job he’d ever had—as the Chief Financial Officer of the multinational food and beverage company MonaVie—he and his wife ended up living in China for a year where he wrote Your Mark On The World and embarked on the career he’d always wanted yet hadn’t dared dream.

Now, as an author, a popular guest speaker and Forbes contributor, Devin is devoted full time to championing social good. His current life isn’t much like his past.

As an entrepreneur, Devin ran—at separate times—a boutique investment banking firm and a small mortgage company. He served as the Treasurer for the multinational vitamin manufacturer USANA Health Sciences years before becoming CFO for MonaVie. Over his career he led or advised on the successful completion of $500 million in transactions.
Devin squeezed in two brief stints in government, including two years working for Jake Garn on the U.S. Senate Banking Committee Staff and another year working for an independent state agency called USTAR, where he helped foster technology entrepreneurship during Governor Jon Huntsman’s administration.

Devin is proud to have graduated from the University of Utah David Eccles School of Business, which recognized him as a Distinguished Alum in 2006. He also earned an MBA at Cornell University where he ran the student newspaper, Cornell Business.

Today, Devin channels the idealism of his youth with the loving support of his wife, Gail. Their son Dayton is a PhD candidate in Physics at UC Berkeley (and Devin rarely misses an opportunity to mention that).

To get all of Devin’s updates please subscribe here to his newsletter
Giveaway:
Devin is giving away a Kindle Fire HD!

**Note: I received this book in exchange for my honest and unbiased review.  All opinions are my own and no further compensation was received.

I am so excited about the blog party that is starting tomorrow. It is going to be HUGE. So be sure to go over to MomDot But what I’m telling you about today is Kushies.

The two are linked. Kushies is one of the sponsors of the Blog Party over at MomDot and over here. I’m part of the party. YEAH!!!!!!!

So, what is Kushies? Kushies is a company that makes toys, clothing, and well tons of stuff really. Check them out.

They have fabulous gift ideas for the holidays, great toys, the Kushies Zolo toy line,

I used to work at a toy store and this was one of my favorite products. It is perfect for your little one. It is a stacking toy, plus, it is excellent for teething on. I’m sure it would be great for 6 months to 3 years old. When stacking is complete the Zolo boa starts giggling. The kind of giggling that makes you smile. 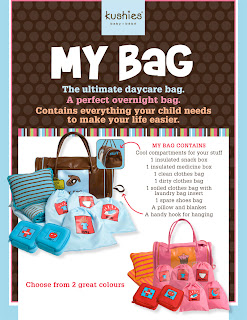 This is something I haven’t seen yet. My Bag, the ultimate travel and day care bag for kids. This is perfect for staying organized while traveling with the kids.

If you want a chance to win some Kushies, you need to go visit MomDot.

Disclaimer: Compensation was provided by Amwell via Momtrends. The opinions … END_OF_DOCUMENT_TOKEN_TO_BE_REPLACED

Thank you to our partners who have sponsored our 2020 Tech The Halls Gift Guide! … END_OF_DOCUMENT_TOKEN_TO_BE_REPLACED

Thank you to our partner EaseUS for sponsoring this post! Now that so much of … END_OF_DOCUMENT_TOKEN_TO_BE_REPLACED

Thank you to our partner Skoove for sponsoring this post! My husband is a … END_OF_DOCUMENT_TOKEN_TO_BE_REPLACED

This is a sponsored guest post. As moms, for sure, many of you can relate to … END_OF_DOCUMENT_TOKEN_TO_BE_REPLACED

Thanks to VIZIO for providing their M-Series 65” SmartCast TV for review! Our … END_OF_DOCUMENT_TOKEN_TO_BE_REPLACED

Product sample provided. This is a guest post by Natasha Hendrix, Customer … END_OF_DOCUMENT_TOKEN_TO_BE_REPLACED

This is a sponsored guest post. As we move into a more digital age, we find … END_OF_DOCUMENT_TOKEN_TO_BE_REPLACED